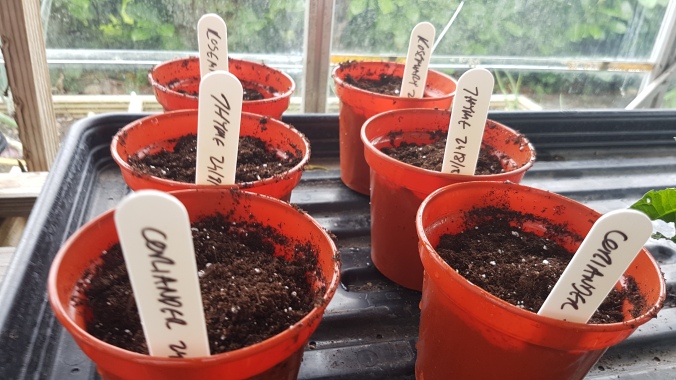 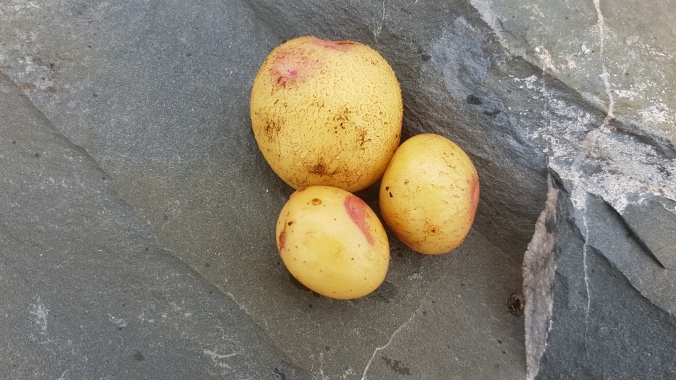 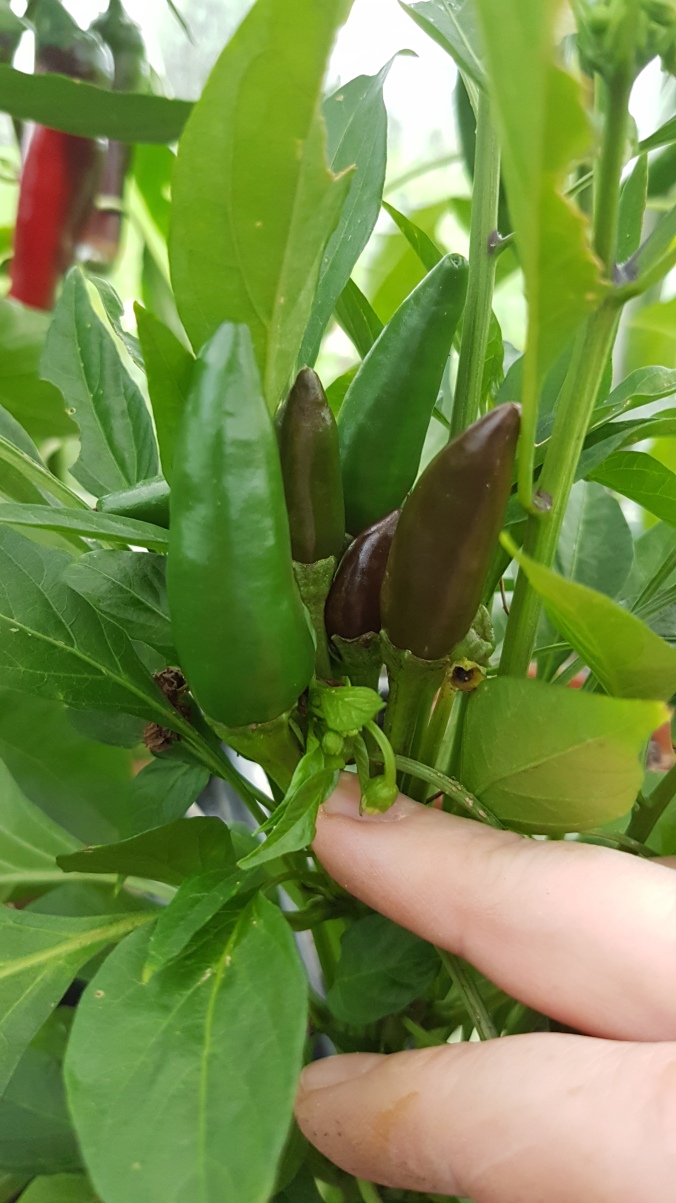 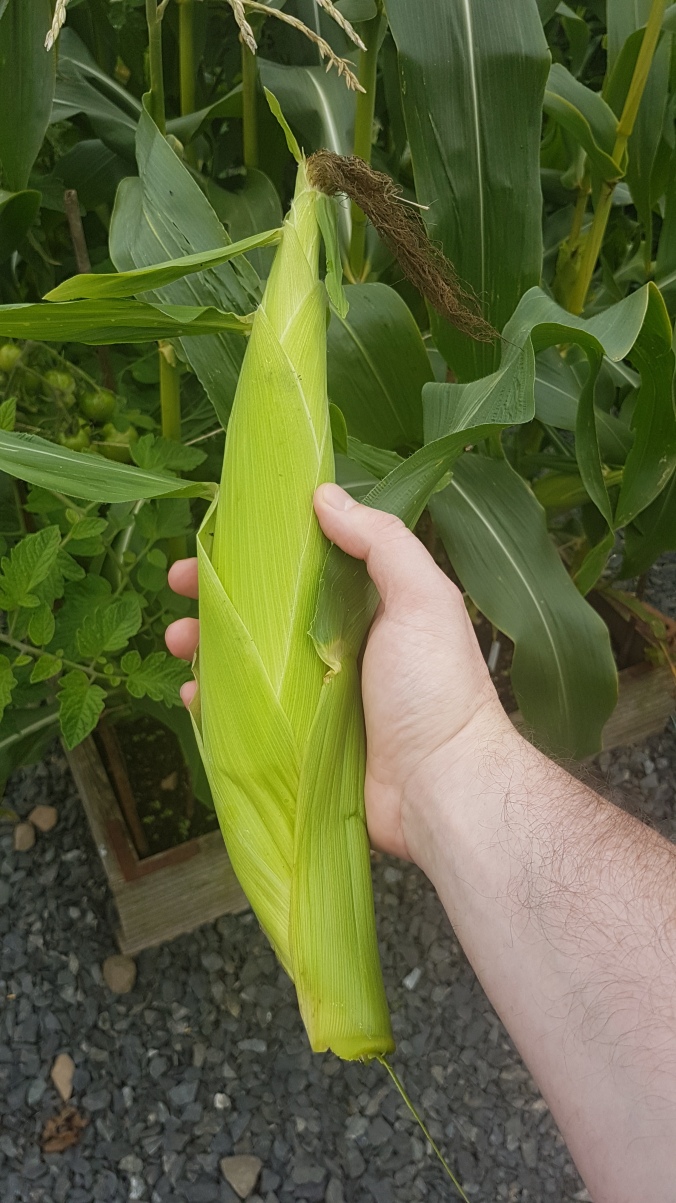 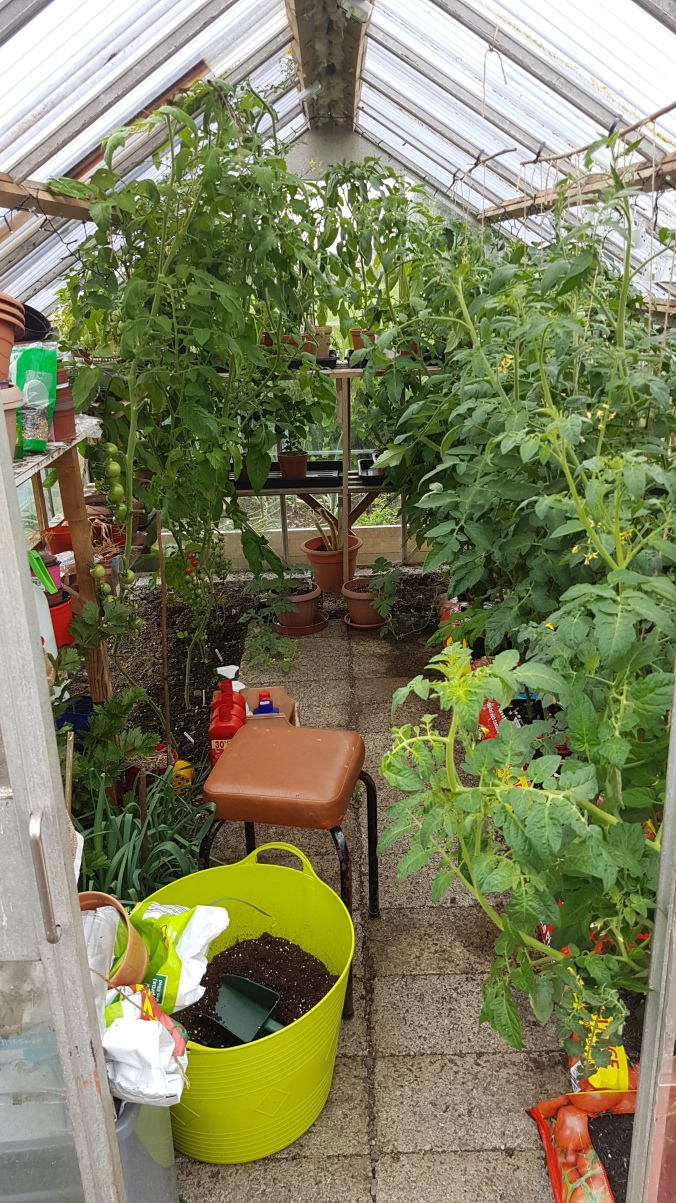 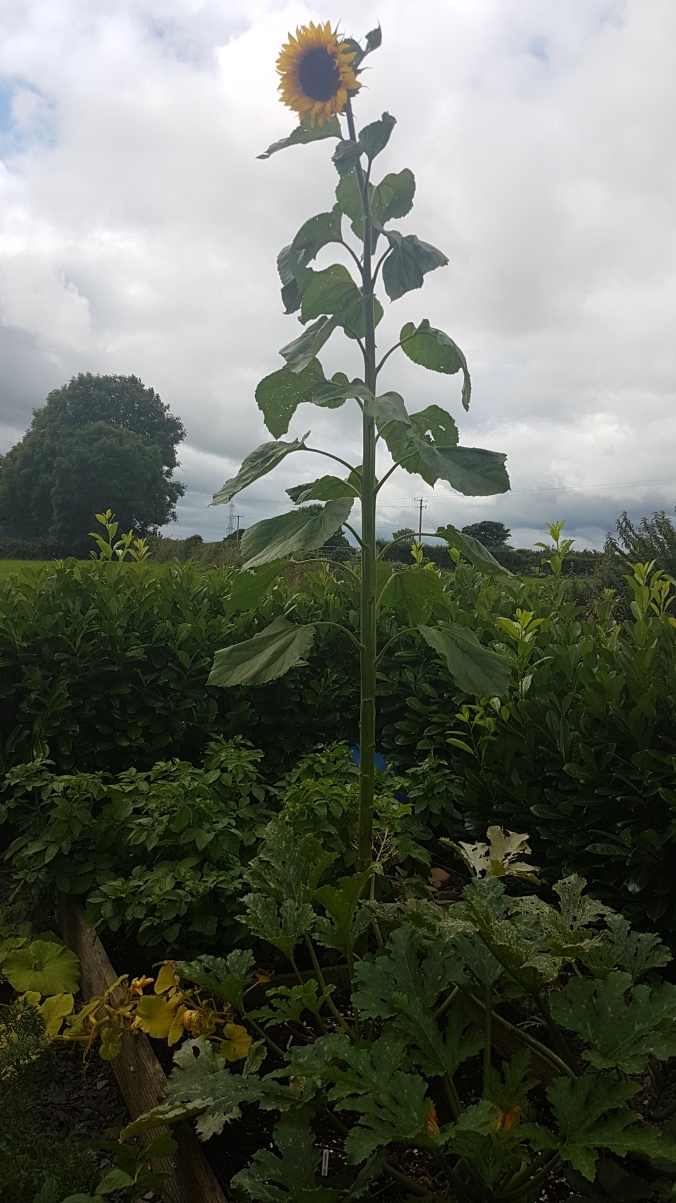 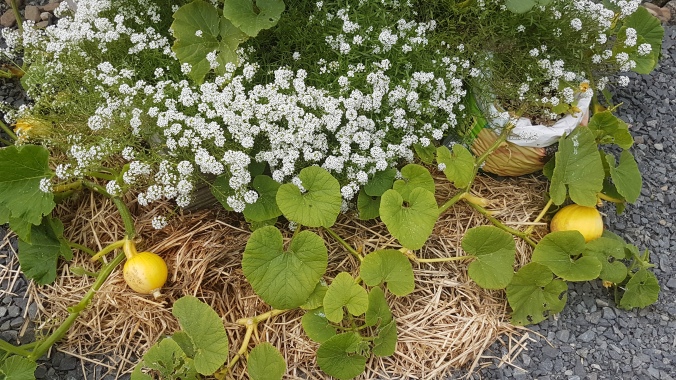 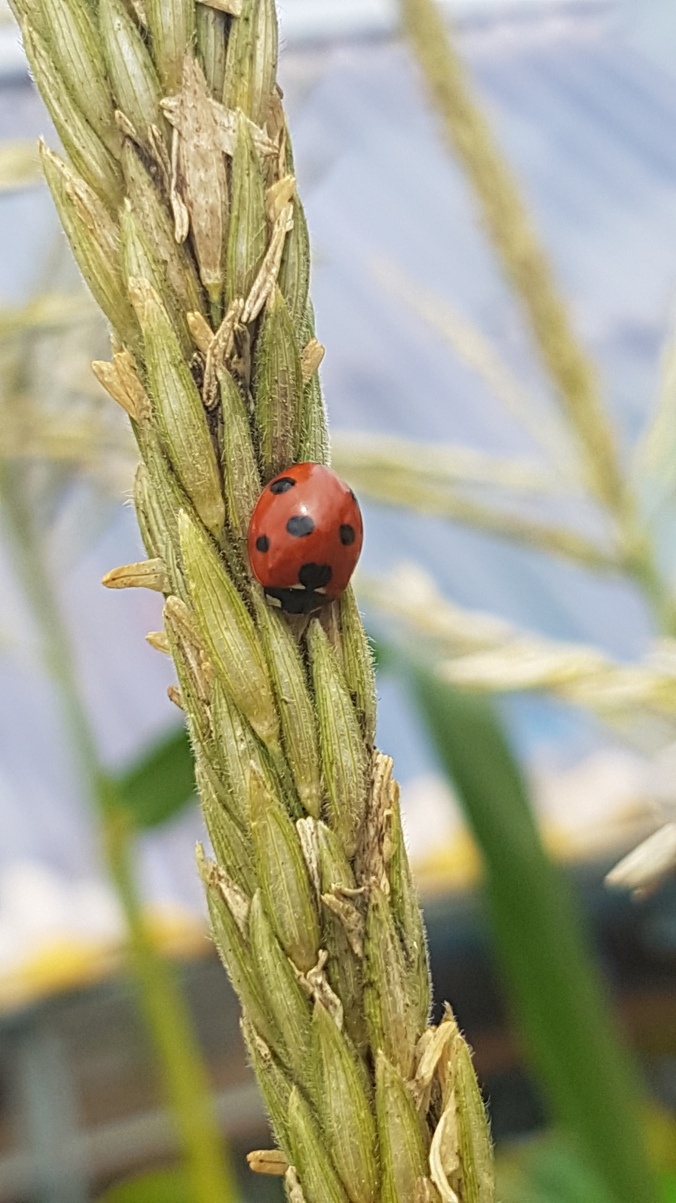 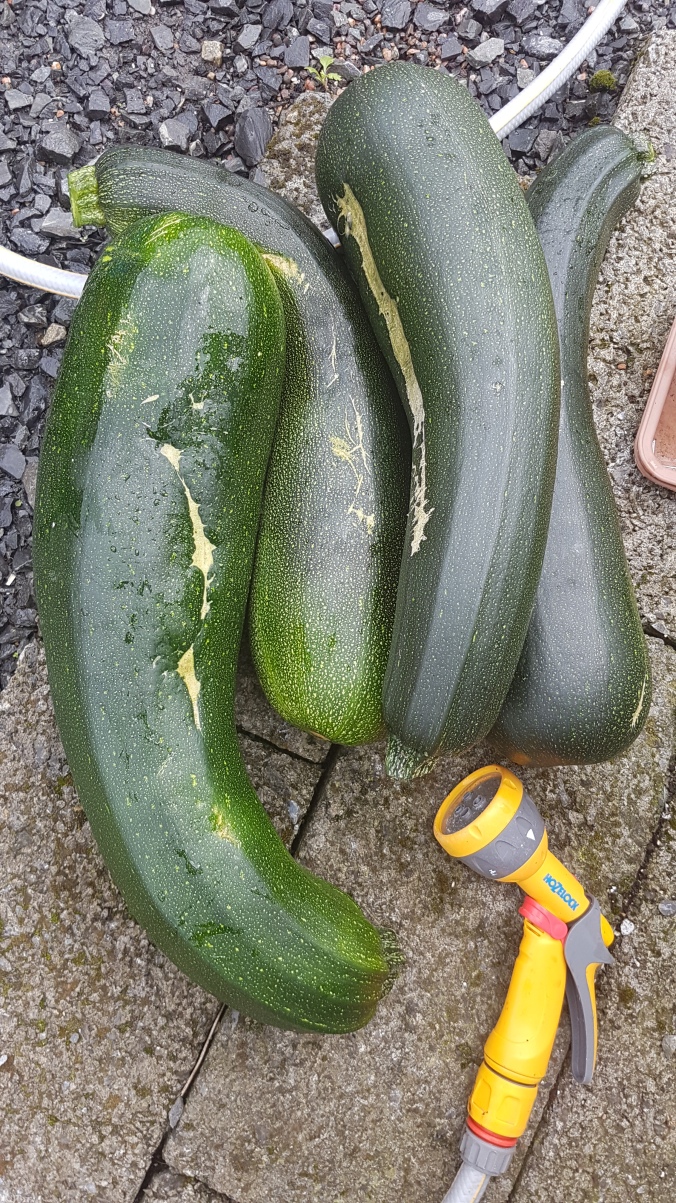 The last couple of years I tried pumpkins I wasn’t being very scientific about it. I basically started the seedlings and when they were big enough I’d throw them outside into a bed and let them have at it.

Hell, for the last three years I didn’t even know what was a male flower and what was female. I think that was own to the fact that, as I now know, pumpkins go through a phase of developing only males flowers at the start and then the females follow afterwards. I think every time I looked at them in previous years I was only seeing the males and therefore couldn’t make any distinction.

The photo below shows the two flowers. On the left is the male exterior and on the right is the female. The female always has that bulbous part underneath the main flower whereas the male has none.

The interior of the flowers are shown below. The female on the left has a bunch of pollen receptors (I’m sure that’s not what they’re called) grouped around in a ring. The male on the right has a single long stamen covered in pollen.

So now that I know the difference next year might involve some hand pollination to try and get some better results. 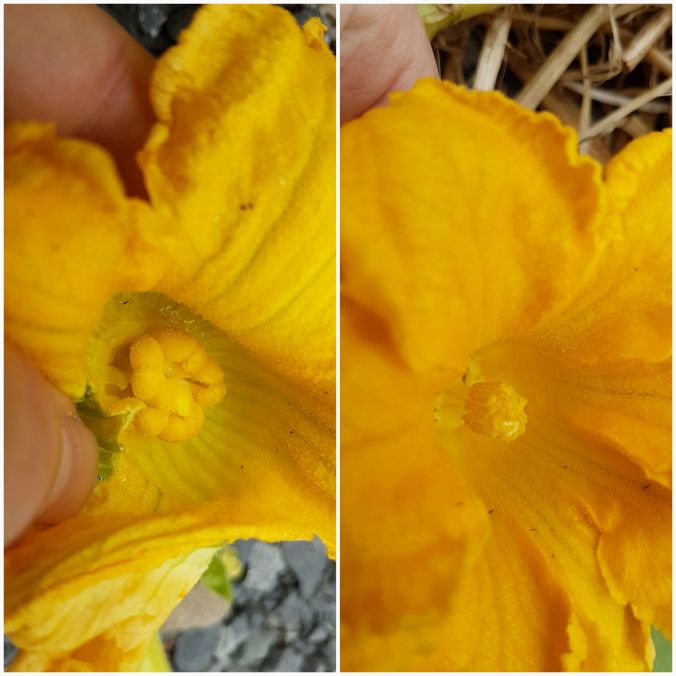 The problem with tying up tomatoes is that sometimes you forget to check on the ties and as the planet get bigger the loops get smaller. This leads to the issue below with the tie starting to cut into the stem. This is an example of a bad case of it and the stem was getting badly cut. I do tie non tightening loops for the ties but sometimes those plants just grown too quickly. 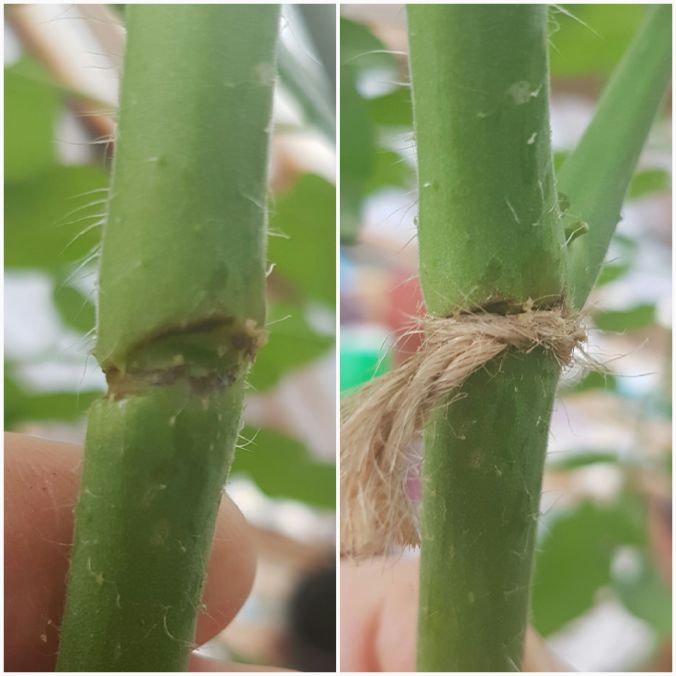 I’m starting to get some decent growth now on the tomatoes. The first photo below are the general Lidl tomatoes and these are the ones planted directly in the greenhouse beds.

These next tomatoes are the Pomodoro Romas. These are coming up in the grow bags. This particular plant was the one that was being affected by the blossom end rot. Since I got back to a regular watering schedule that seems to have cleared up. These are the tomatoes that I’m really looking forward to. They haven’t gotten very big and aren’t turning yet but I hope they will soon as things are getting a bit late in the day. 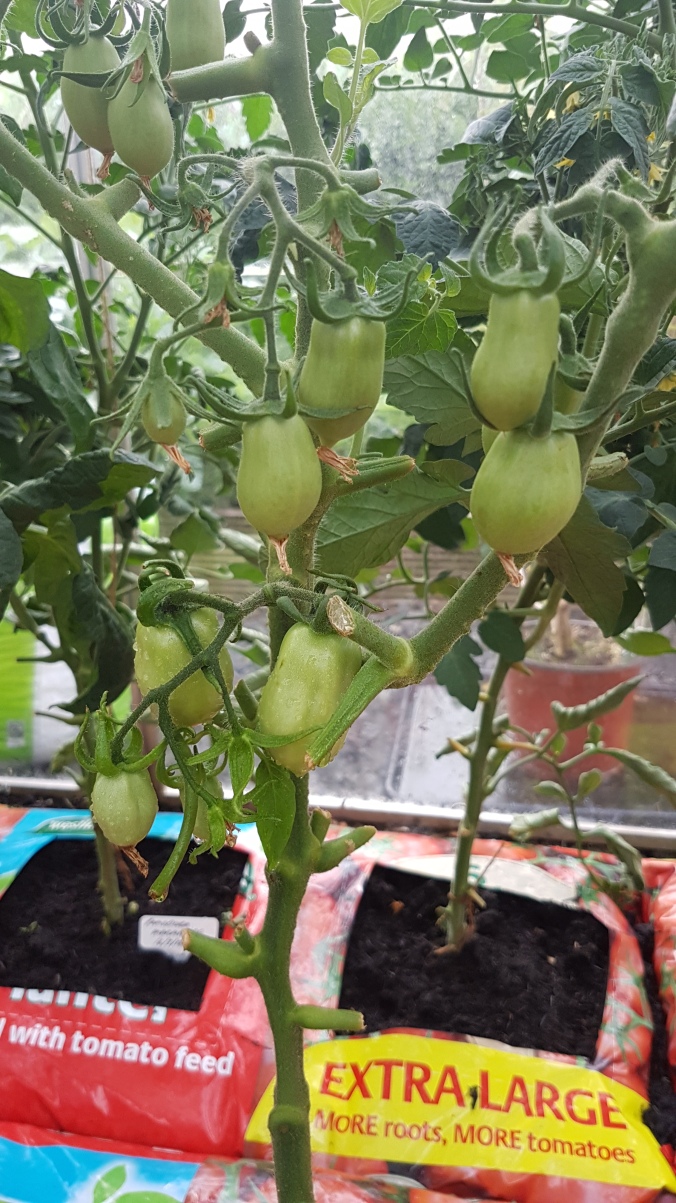